​March 2012, I took two teams of students who had won places in the final round of the McKinsey, Mekong Business Challenge to Phnom Penh…..first airplane trip and swanky hotel for most of them.
One of the teams won the Silver Medal, Samsung Pads and phones as prizes (See more in the section 3 PROJECTS).
On our way back we stopped-over at Siam Reap to visit Angkor Wat, the Cambodian temples over-run by the jungle. 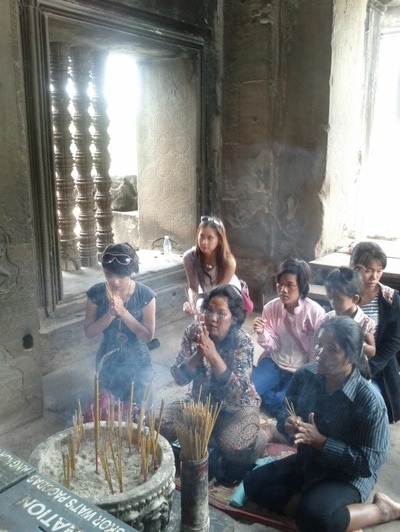 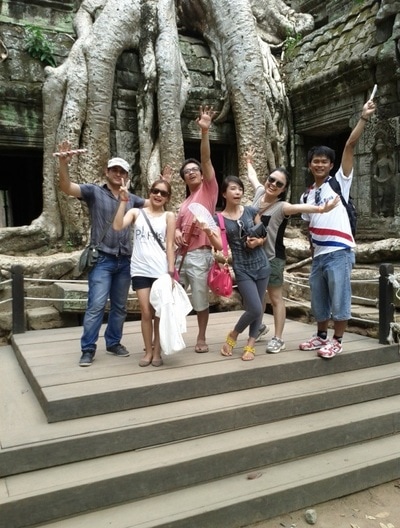 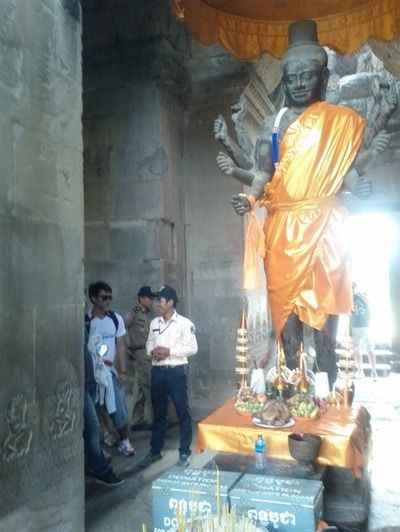 Myanmar
​In April 2013 I took 6 students to Yangon, Myanmar, to participate in the final round of the Mékong Business Challenge. We had 2 projects, “International Business Services Center” and “Moringa Tea”, selected in the final top 10 out of 100 projects submitted by university teams in Laos, Cambodia, Thailand, Myanmar and Vietnam.  (See Section “3 Projects” for more info)
We won the Gold Medal, the top place, with our project “Moringa Tea”, it’s exciting to think that it’s the first time that Laos has ever won such a prize for a business venture.
Our winning team went in May 2013 to Harvard University in the USA to present their project in an International Competition, I declined to go as the 30 hours travelling there and 30 hours return was too much for me for such a short trip. They did not win anything but enjoyed their all expenses paid. 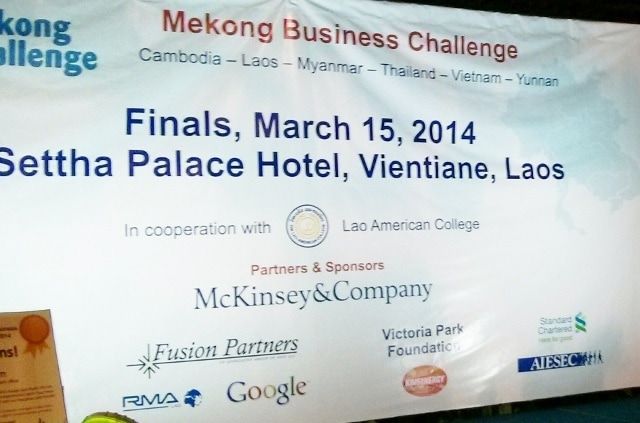 ​Finals in Vientiane
In March 2014, we were proud to host the Finals of the Mekong Business Challenge in Lao. We had two teams in the Finals but neither won a prize, the competition was very strong, especially from Thailand who won the Gold Medal with an internet application to help wheel chair users to locate with a GPS where they can shop, catch a bus, take a taxi, go to the toilet etc.
​The App is currently in operation in Thailand and I hope will spread World-wide very quickly.