2013. WTO: An Emerging Nation
Vientiane is getting busier with more traffic, more concrete roads, more tourists many fleeing from troubled Thailand, more investments from China and Vietnam so it’s a rapidly changing city, 700 000 habitants and rising. (Total population in Laos is 6.5 million, 70% rural)
Just 20km out of town we’re back to dirt roads, schools with dirt floors, bad facilities and poor people subsistence living as best they can. From 50 kms out, there are villages without electricity and running water, education, health services and access roads that’s why there’s a growing exodus to urban areas to find jobs, healthcare and education.

Investors In Laos Have A Long Road Ahead​ 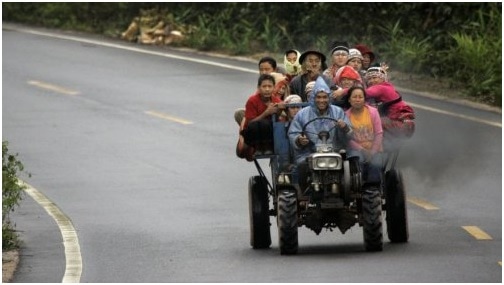 19/11/2012 J&C
​On Oct. 26, the World Trade Organization approved the membership application of Laos, after waiting for 15 years. This makes Laos the WTO’s 158th member, and the last of 10 countries that form the Association of South East Asian Nations (ASEAN) to join.
Hopes are running high that the WTO membership will encourage greater foreign investment, and that it will help Laos sustain its impressive growth rates of recent years, running between 6% and 8%. It seems that everyone is talking about the new possibilities for Laos, spreading unbridled optimism.
It’s therefore no surprise that an article in the “The Wall Street Journal” describes Laos as “Southeast Asia’s Newest Boom Economy”, but leaves the reader rather puzzled with its conclusion: “Laos is already seeing the impact of all the recent growth, with conspicuous consumption noticeably on the increase. Shiny new Cadillacs and Mercedes Benz cars – and even at least one Ferrari – are spotted on Vientiane’s streets. Sushi restaurants, boutique hotels and wine bars are proliferating.”
So are shiny cars and sushi restaurants proof enough for foreign companies to invest in Laos ? I guess not ….. as a matter of fact, investing in Laos is still a risky bet …. here’s why:
First of all, it’s important to understand that whatever happens in the capital city of Vientiane does not reflect on the rest of the country. In fact, over 70% of Laos’ small population of 6.5 million people depend on agriculture for their livelihood. Slashing subsidies on agricultural exports as required under the WTO membership and opening up to foreign competition will no doubt increase unemployment. This presents the risk of social instability for Laos, one of the poorest countries in the world, and so far little has been done to educate the public about the short-term costs of WTO membership. In essence, Laos has agreed to be bound in its commercial dealings with other countries by a set of rules, adherence to which can be adjudicated by the WTO.
The greater diversification of investors made possible by WTO membership will be welcomed by a government that is nervous about the dominance of Chinese companies in Laos. But there is unlikely to be a Chinese or Vietnamese-style explosion of manufacturing for export. 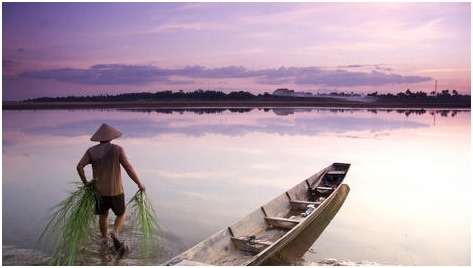 ​Mining and hydro-electric power are the biggest export earners, agriculture contributes more than half of the annual gross domestic product (GDP) while  manufacturing is a minor contributor. It’s therefore understandable that the country places great hope in the WTO membership to help increase exports to foreign markets.

Some argue however that there are no new markets for Laos, as one study finds that sales of long-standing exports to new markets are not helped by WTO accession, only exports to existing foreign markets. For Laos, which already has a trade deficit with its top trading partners Thailand, China, and Vietnam, gaining access to new markets is key. Without this, there is little benefit in joining the WTO, considering other pressures it will bring.

Last but not least, Laos’ economy is overly reliant on foreign aid and its natural resources, making it more vulnerable to shifts in the global economy and competition.  Laos is also competing with its Southeast Asian neighbors and other developing economies, Myanmar, Cambodia and Vietnam. Laos, an “economic minnow” in comparison, and the last to the game, will be at a disadvantage.

On the other hand, if managed well WTO membership could help Laos’ economy. WTO inclusion means more scrutiny on Laos, which can eventually translate to better governance and transparency.

Bureaucracy will still be frustratingly slow and at times corrupt. Laos ranked 163rd out of 183 economies for ease of conducting business by the World Bank’s Doing Business 2013 report. It takes an average of 93 days to establish a business, compared to the regional average of 38. Laos also ranked at the bottom of a list of countries where investors are the most protected, just above Afghanistan, in the World Bank report. The country has ranked at 154 out of 183 countries on Transparency International’s Corruption Perception Index for the past two years.
If risks to foreign businesses are minimized, investment and the transfer of technology and intellectual capital can flow. Competition in traditional sectors should be introduced in a way that won’t displace workers. Both will help Laos as it tries to commercialize its subsistence-focused agricultural sector and take full advantage of its mining and water resources.
​
It’s only after millions of its citizens are lifted from poverty that the country really can become the Land of Ample Opportunity and Successes.
This article is a combination of other articles published by Vientiane Times, “The Wall Street Journal”, BBC, quartz, The Diplomat and others
Above  is a report from the WTO “ Laos has a Long Road ahead” which provides a reasonably accurate view of Laos’ with an economy growing at 8% per year.